Cambodia? Thailand? No, Europe!  The Azores hot springs paradise is less than 5 hours flight from Europe/4 hours from USA. About 1500 km off the coast of Portugal, in the middle of the North Atlantic, lie the nine volcanic islands that form the Azores.

These volcanic islands are geologically quite young; the most recent island, Pico, emerged from the ocean less than 300,000 years ago. 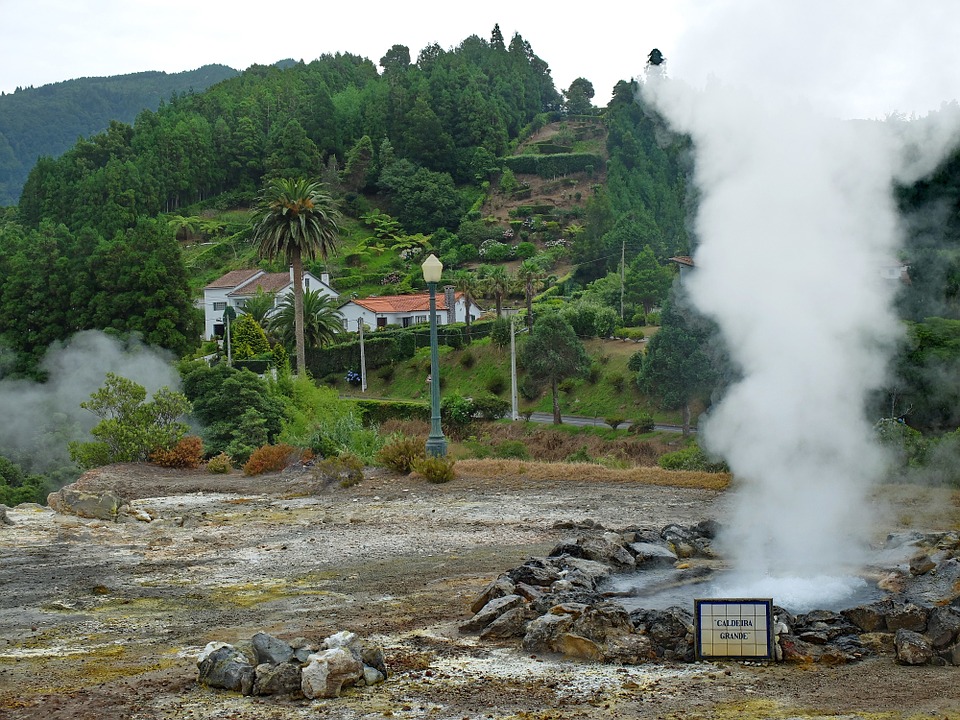 Yet the constant roar of volcanic activity is part of what makes these emerald-colored islands – which we could strangely define as a sort of tropical Ireland – such an exciting destination.

The same forces of nature that led to the most recent major volcanic event (a strong 1957 eruption on the island of Faial that forced many Azorians to emigrate to the United States and other parts of the world) make the Azores one of the best destinations European for mineral and geothermal thermal springs.

Few people realize how close these islands are. Azores Airlines offers direct flights from Boston, the United States and recently Ryanair and Easy Jet have opened direct flights from Lisbon, Paris, London and other European capitals. Although there are currently no direct flights from Italy, a small stopover in Lisbon allows to reach Ponta Delgada, the capital of the Azores in a short time, making sure that wellness-oriented tourism in this region has grown steadily in recent years.THERMAL BATHSThe most remote spa resort in Europe, Furnas (despite the happy resemblance to the word “furnace”, it translates more accurately into “caves”). it is located in the basin of the easternmost volcanic crater of São Miguel, and has been a destination for travelers since the late 1700s. Although the last real eruption occurred in 1630, the ubiquitous volcanic activity is part of everyday life and is still the main attraction for wellness tourists.

The highlight of the Furnas Valley is the Terra Nostra Garden (Parque Terra Nostra), a 30-acre botanical park in the center of the city where the steam rises between palm trees and eucalyptus trees, with pools of mineral water hidden apparently around every corner. Originally the summer estate of an 18th-century British merchant, the vast garden is now home to thousands of endemic and non-endemic flora species – including a collection of ferns of around 300 distinct varieties. Its center – a massive puddle of iron-rich golden water, intended to confer a variety of health benefits – has welcomed swimmers since 1780.

The park is also home to a large historic hotel, built in 1935 to accommodate a new wave of European spa tourists and still considered one of the best in the islands. A recent renovation has brought it back to its original and refined Art Deco style (with clearly modern facilities, of course). Guests of the garden hotel of the same name have access to the park and its swimming pools at all hours. A midnight dip in the majestic thermal pool, surrounded by the steam and sounds of the forest, is a singular experience.

The famous restaurant in the park offers a varied menu typical of the Azores, but the highlight is the preparation of the cozido das Furnas, a regional specialty of roots, green leafy vegetables and a dozen different cuts of meat (including offal and sausage), literally buried and cooked slowly in the volcanic earth of the caldera for eight hours.

To Furnas it seems that the Earth, with its therapeutic waters and its unpredictable power, can feed the traveler both literally and figuratively. 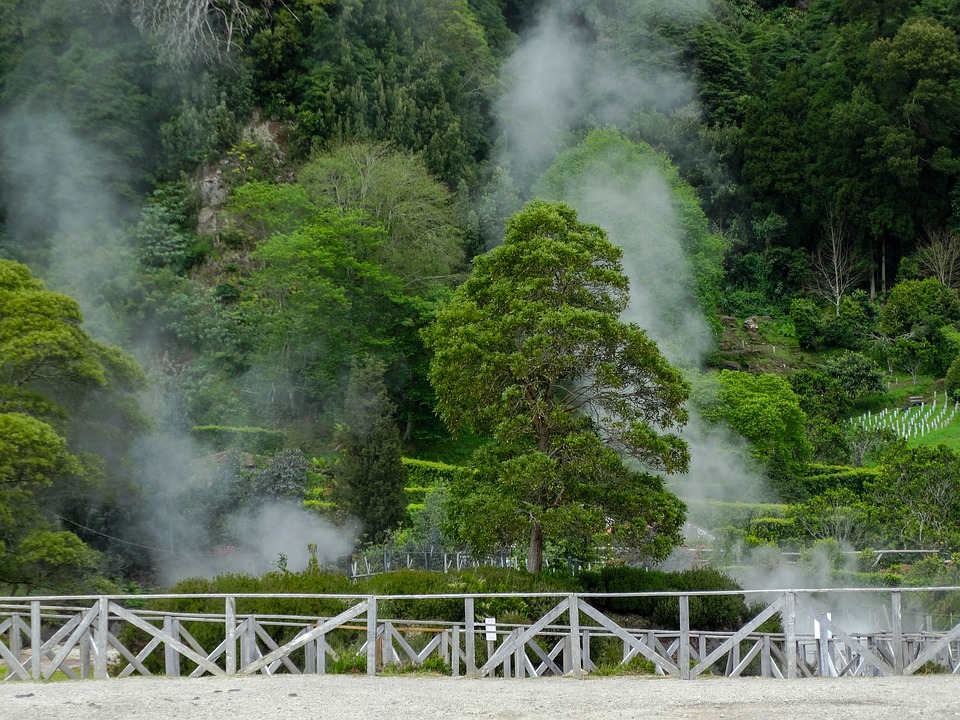 HOW TO GET THERE

Just 45 km by car from the capital Ponta Delgada, it can be reached in less than an hour. It is worth spending a few days here and taking an engaging guided tour of the whole valley. There are various local tour operators, Azores Getaways, for example, can guide you on an excursion to Furnas, while telling you firsthand about the close relationship that the Azores have their natural environment.

The Terra Nostra Garden Hotel, widely considered one of the best in the Azores, is a good base for reaching the other thermal complexes in the city, such as Poça da Dona Beija or the central das Furnas, with various mineral water fountains, geysers and bubbling holes each with its own mythical past.

Most restaurants serve their variations of the cozido, but be sure to book at least 24 hours in advance, so that you have time to prepare and bury the stew. Another must: the specialty of Furnas bolo lêvedo, a grilled bread that is sweet, soft and delicious. Locals also use hot springs to cook, doing everything from coffee with mineral water to hard-boiled eggs and sausages, to the curious Azorean purple tea.