The top ten things to do while in Horta, Faial in the Azores 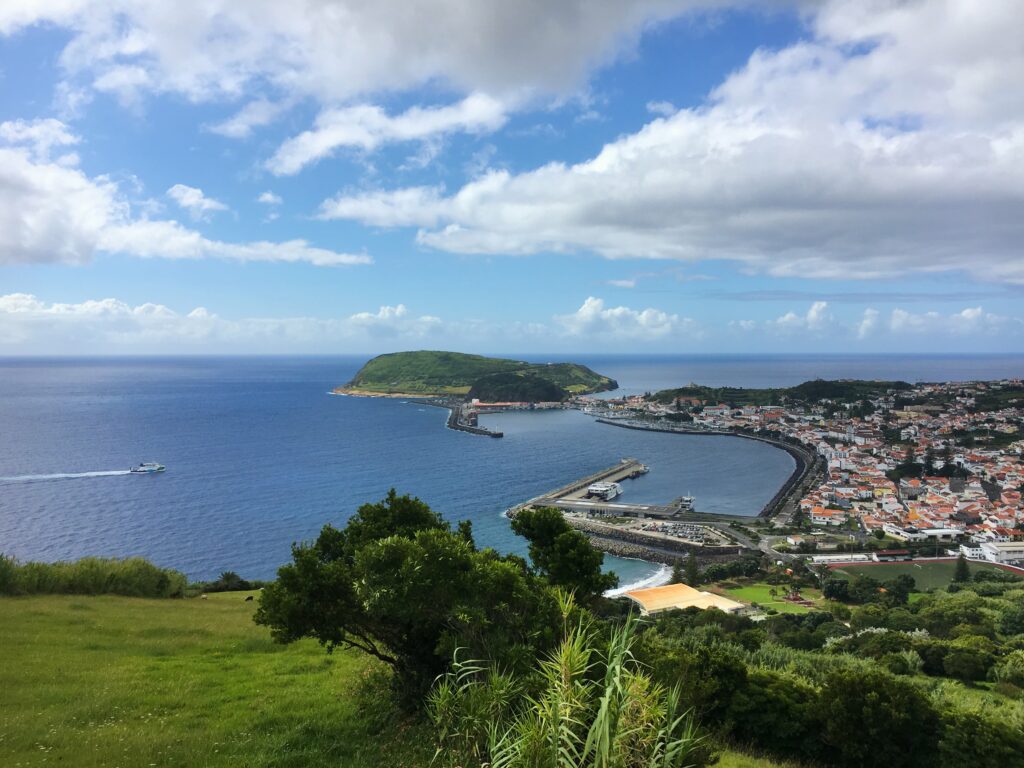 Horta is the municipality and the major city of the island of Faial, Azores with around 7000 inhabitants (data from 2011). Founded in 1467 by Josse van Huerter, it is now a major stop for yachts and vessels sailing across the Atlantic Oceans due to its naturally sheltered harbour and its Marina, which is one of the main attractions for tourists too.

Although small, Horta has a surprising cosmopolitan feel, and plenty of attractions for the visitor:

Horta sits on a natural bay enclosed between the Monte da Guia and the Espalamaca promontory, thus creating a stretch of about 3 km of seafront that originally was a long stretch of black sand and rocks. Over the years it has been transformed in a big waterfront with a pedestrian lane, and an avenue for vehicles with cafes and restaurants, shops and old buildings that are being restored or renovating. There are still some of them in an abandoned state, but in the last few years the pace of the reconstruction has ramped up impressively, giving the seafront a mix of colonial and modern architecture which is becoming an attraction it itself. 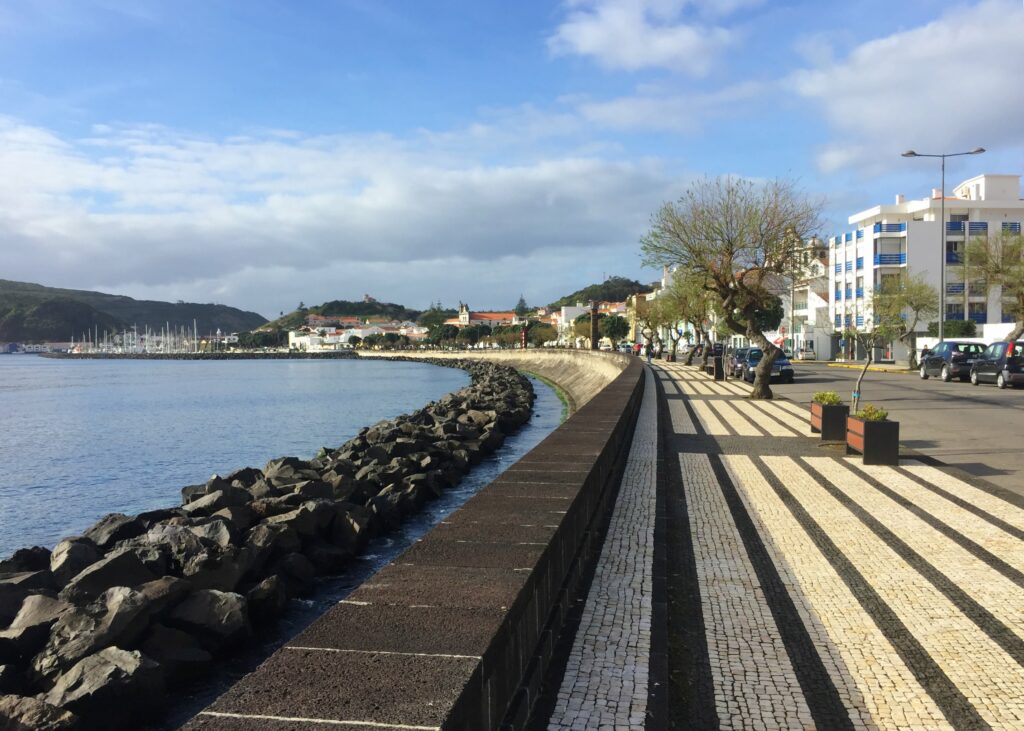 The Horta Marina is a major stop for yachts and vessels sailing in the Atlantic. The Marina, located in the southeast on the island of Faial, very close to the centre of Horta, is the main marina in the Azores and also the fourth most visited in the world. Its location offers great shelter from the winds and makes it an almost unavoidable port of call for sailing boats travelling the Atlantic Ocean. It is also a meeting point for many international regattas such as Atlantique Pogo, Route des Hortensias, Ceuta-Horta, OCC Azores Pursuit Race, among others. The Marina has held the European Blue Flag since 1987. 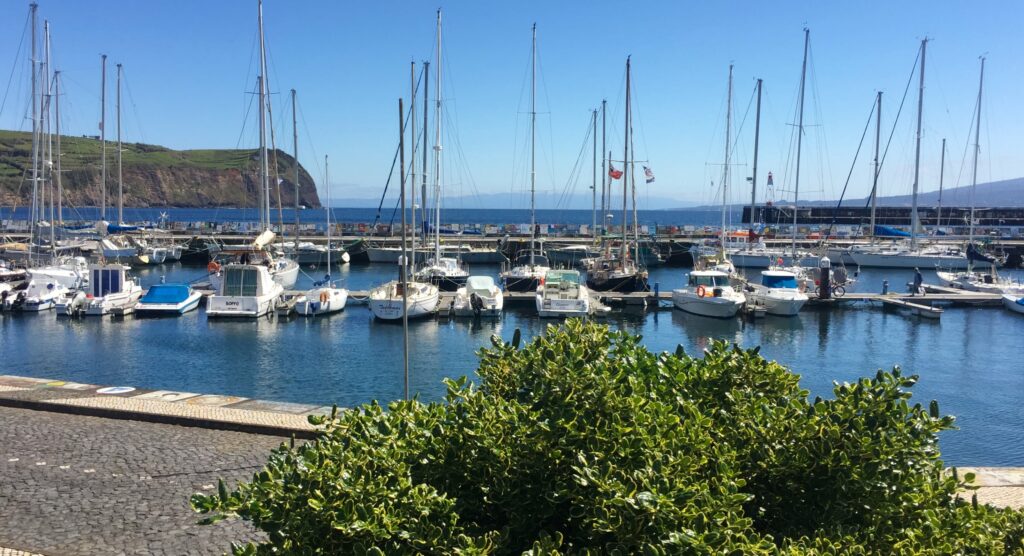 “If you sail to Horta and don’t visit Peter’s, you’ve never been to Horta.” This is, especially among yachtsmen, a common phrase repeated over and over again and expresses a reality built around a bar opened as far back as 1918 (a hundred years ago!) that has achieved global popularity, first among international yachtsmen to whom Peter’s has always offered welcome, support and the right atmosphere for socialising. 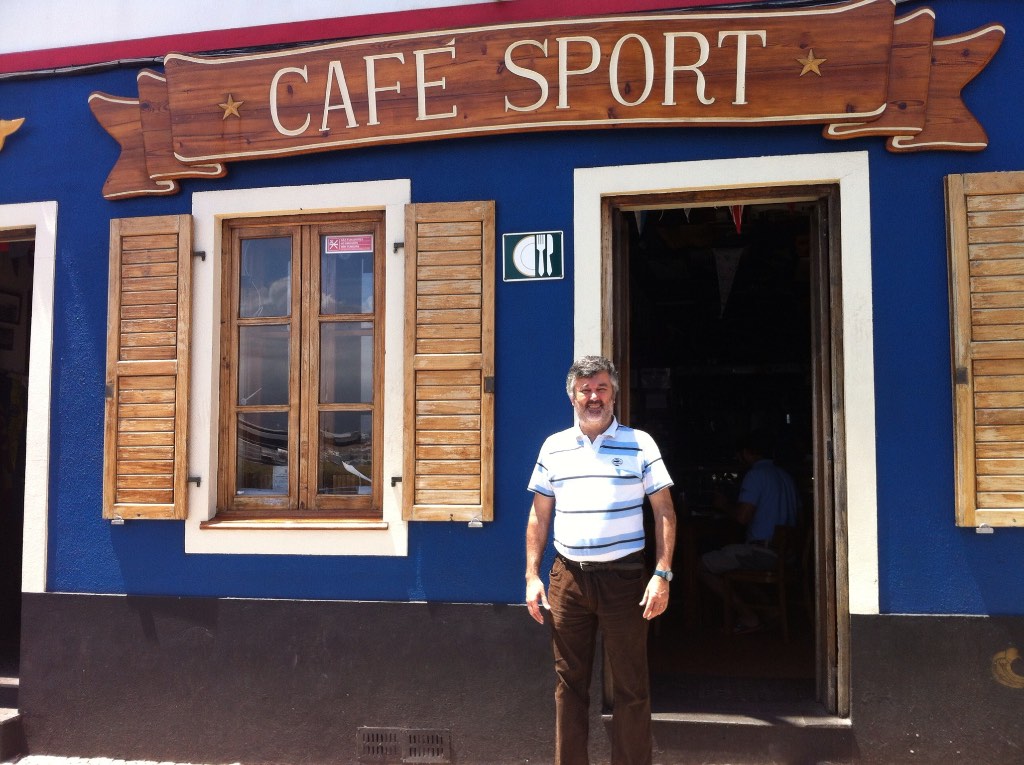 Later, “regular” tourists also began to frequent Peter’s, attracted by the reputation of its special atmosphere to enjoy a gin and tonic or a snack. The fame of Horta and its marina (the fourth most visited in the world) also lies in the privileged strategic position that the Azores occupy between America and Europe, making it an unavoidable port of call when crossing the Atlantic.

Made famous (at least among Italians) by a book by Antonio Tabucchi – (The Woman of Porto Pim) , this small agglomerate of little houses lies on the southside of Horta harbour, partly clinging to the volcanic promontory of Monte Queimado, and partly across Porto Pim bay, which holds the only white sand beach of Faial, if not of all Azores Islands. The intricate patch of alleys and colorful houses, most of them very little as they were once homes for fishermen’s families when times were harder and the only source of income for them was fishing and/or whaling. 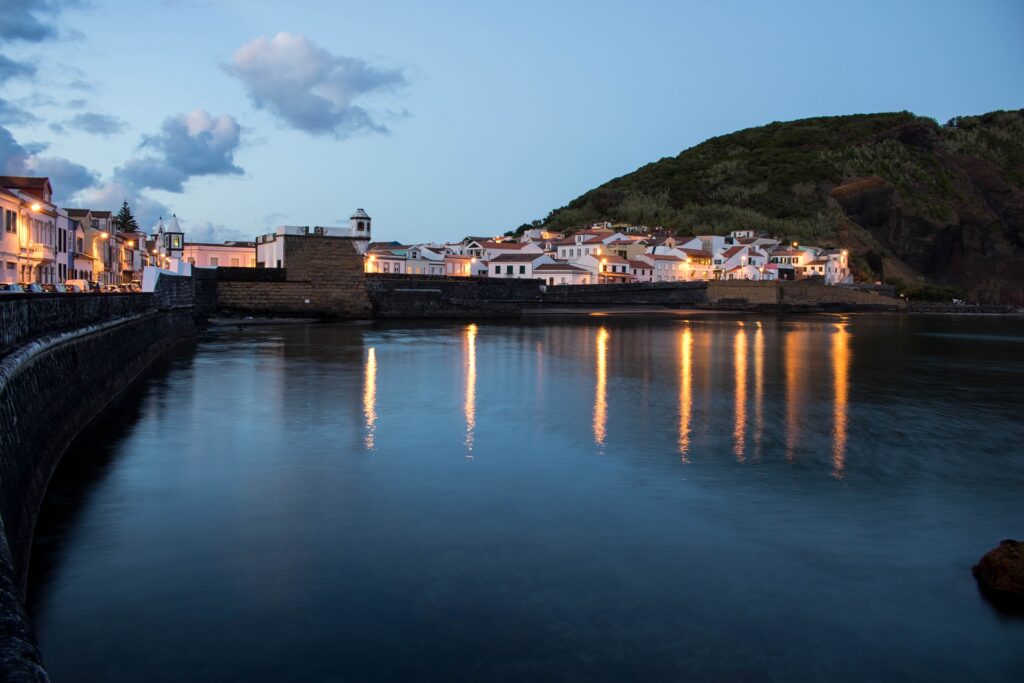 There are a couple of good restaurants, and the famous Porto Pim Bar on the bayfront, which is also visited by tourists but not by many as Peter’s, thus becoming a sort of a hideaway for locals and expats, who prefer the less formal atmosphere that the place has.

Porto PIm bay has also a lovely white sand beach, one of the few in the entire Azorean archipelago. It is possible to swim also for non expert swimmers as it is protected by the open ocean and so the waves are usually small, and in peak season it is also guarded, with caution signals in case of wind or adverse conditions. 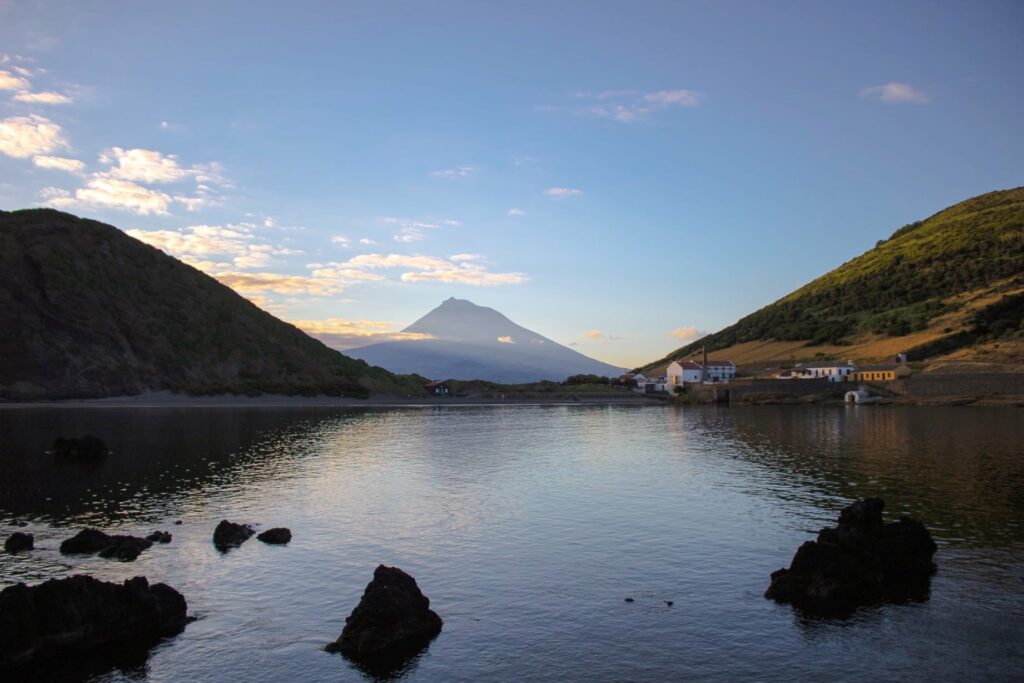 The Monte da Guia promontory is in fact a  little volcano with its collapsed cone (Caldeira) facing the open ocean. To reach it just head south from the Marina, and turn left just after  Hotel do Canal, then follow the sign to Monte da Guia”. Driving up this little hill (it’s a 10 min drive) you will have a spectacular view of Porto Pim bay and Horta city on one side, and on the other the impressive almost perfect circle of the collapsed cone of the volcano itself, creating a secluded bay with steep cliffs, only reachable by sea. Sitting on the top there is a small but fascinating church. 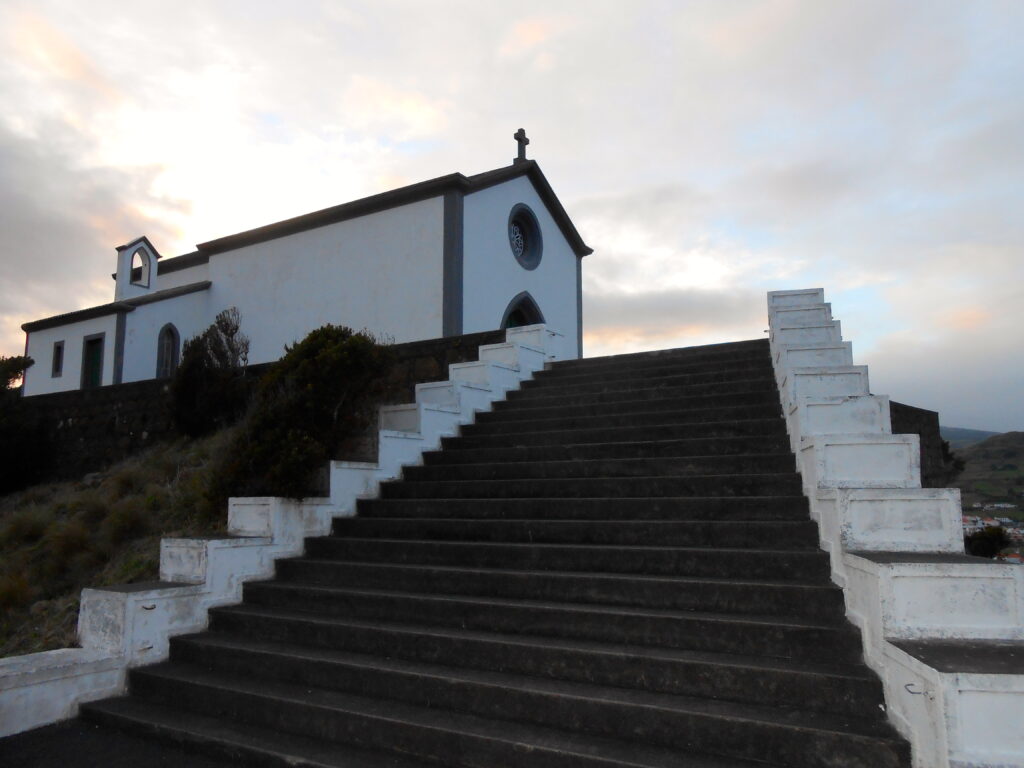 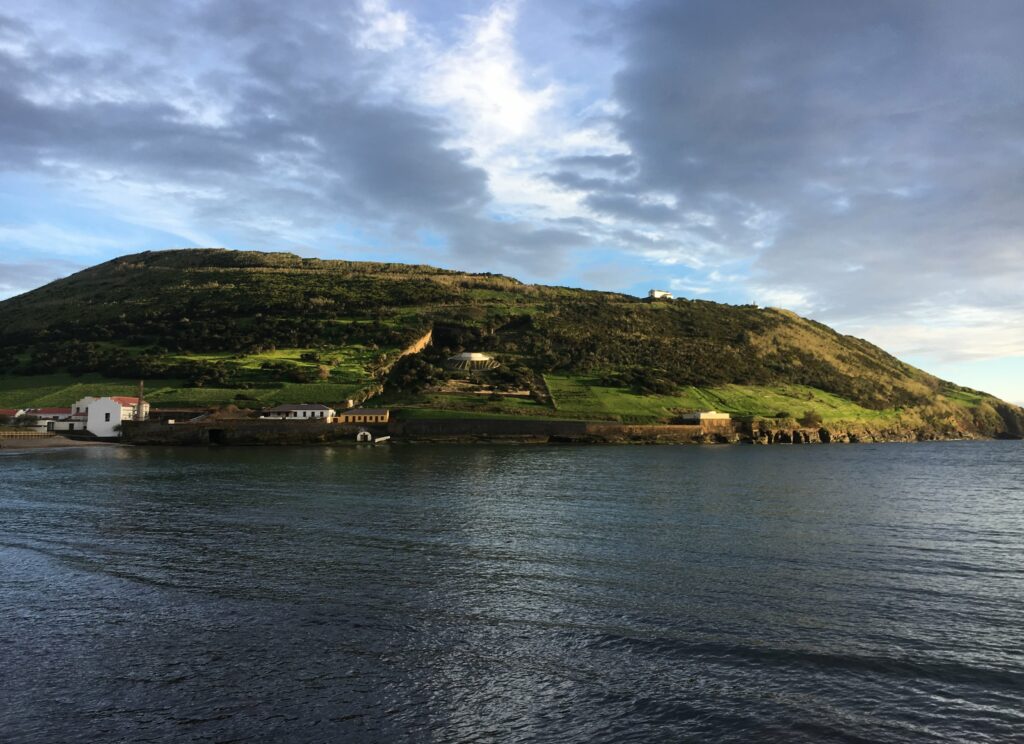 The Fábrica da Baleia do Porto Pim is located in Monte da Guia, in the parish of Angústias, city and municipality of Horta, on the island of Faial, in the Azores. It is an old industrial facility linked to whaling in the archipelago. Its management is the responsibility of the Observatório do Mar dos Açores.

The oldest and the first of its kind on the island was founded at the end of the 19th century and operated until the beginning of the 20th century, when a unit better adapted to new industrial requirements was built. 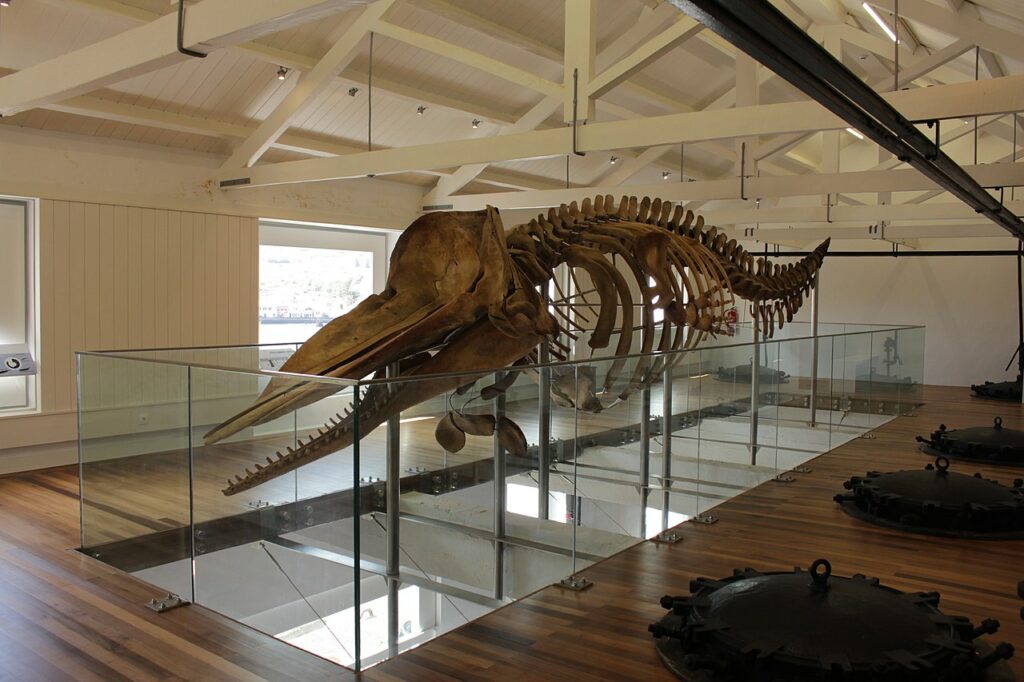 The new factory was built in 1941 and operated until 1975. It was a unit that already worked by steam using autoclaves, a technique that allowed not only a faster processing of the whale carcass, but also a full use of it.

Currently inactive, since Portugal adhered to the international legislation prohibiting whale hunting, it was restored and transformed into a museum dedicated to the demonstration, not only of the subject: “Whale Hunting”, but also of other subjects related to the sea, thus transforming one of its valences into a “Science Centre”. 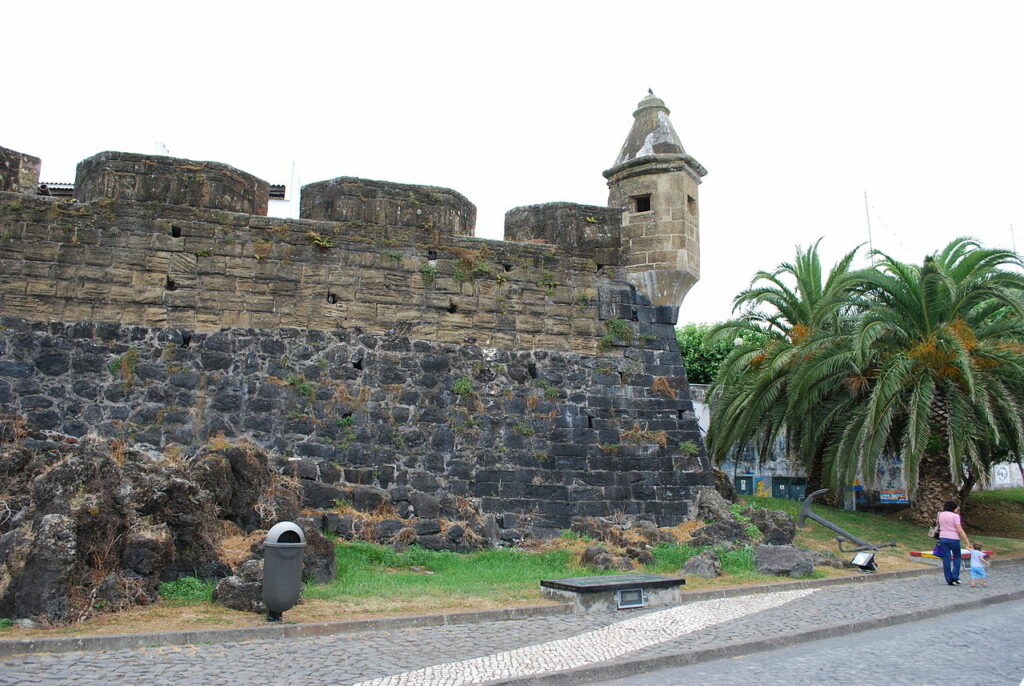 The Santa Cruz da Horta Fort, also referred to as Santa Cruz Castle and Santo António Castle, is located in the parish of Angústias, city and municipality of Horta, on the island of Faial, in the Azores.

Built next to the old landing pier, in the current historical centre of the city, it was the main fortification of the island, cross-firing with the Bom Jesus Fort – to its left, on the beach, near the Conceição stream -, and with the Nossa Senhora da Guia Fort (Greta’s Fort), on the hillside of Nossa Senhora da Guia hill, currently in ruins, which defended the access to the bay from the south side. 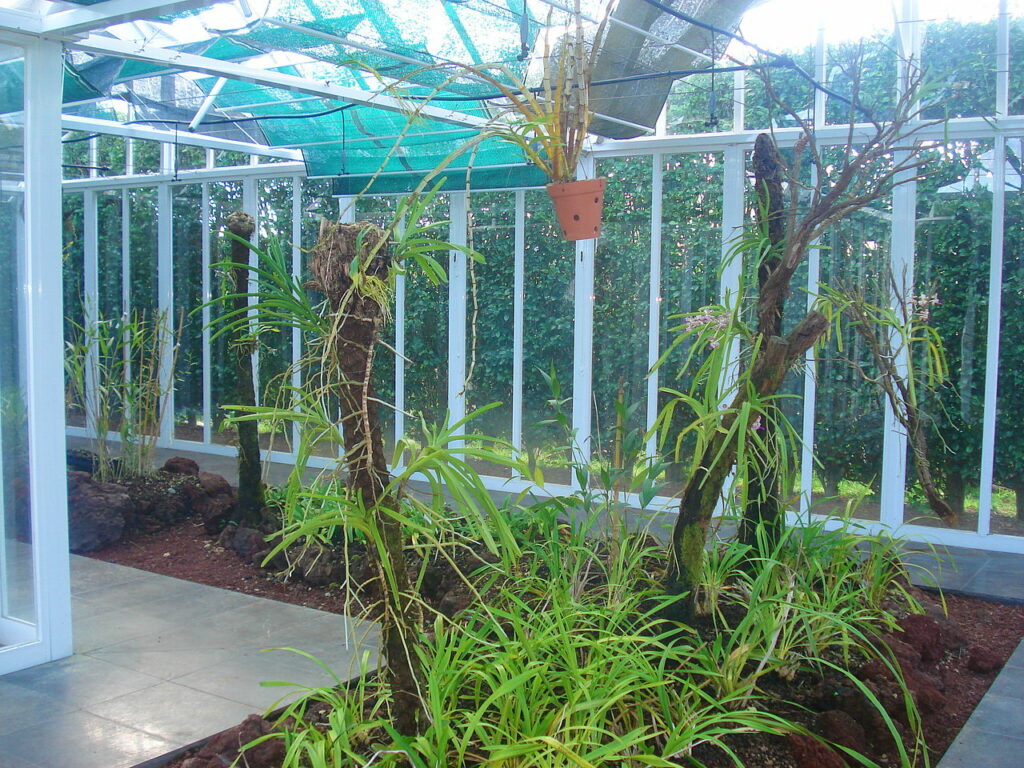 The Botanical Garden in Faial has been opened to the public in 1986. With a central part in Flamengos parish and another part at higher altitude in Pedro Miguel, has its mission in the conservation and study of the natural flora of the Azores, scientific studies and environmental education.

Its Azores Seed Bank program was selected in 2015 by the Botanic Garden Conservation International (BGCI) as one of the best case studies on rare seed conservation.

It received in 2011 by Turismo de Portugal the honourable mention for the “Requalification of a public project” award.

In  2019, the Botanical Garden was extended, and now includes the Azores Orchidarium, where it is possible to see a fantastic orchid collection and an interpretative exhibition, holding a multitude of facts and curiosities about this extraordinary plants.

The primitive Church Matriz de São Salvador was completed and inaugurated on June 28, 1514; it complements the Flemish church of the same name in Bruges and the Sé of Angra do Heroísmo. It was successively sacked in 1589, then 1597, by English privateers.

10 – Praça da Républica and the alleys around city centre

The square of Praça da Républica, is the lively centre of Horta, with a new market inaugurated two years ago, bars and small snack restaurants “Tascas” and some magnificent big trees (mainly Auracarias and Ginkgos). It is the perfect spot to rest while strolling the alleys in the surrounding area, discovering old buildings, ancient stairs and secluded gardens often hidden at first sight. 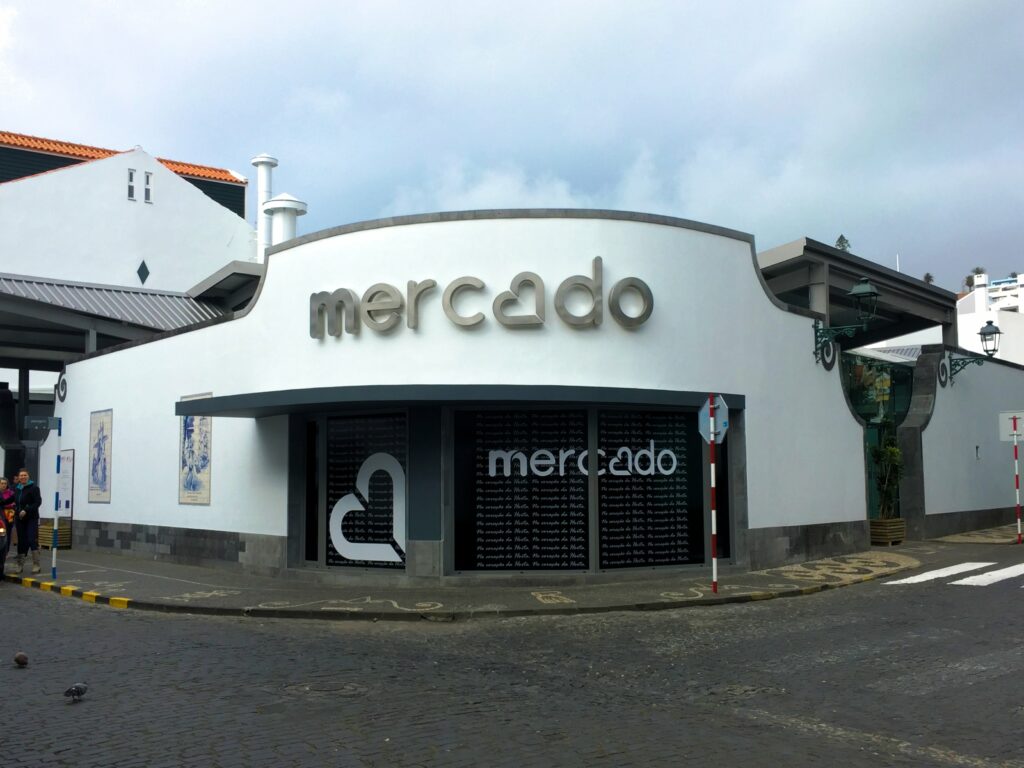 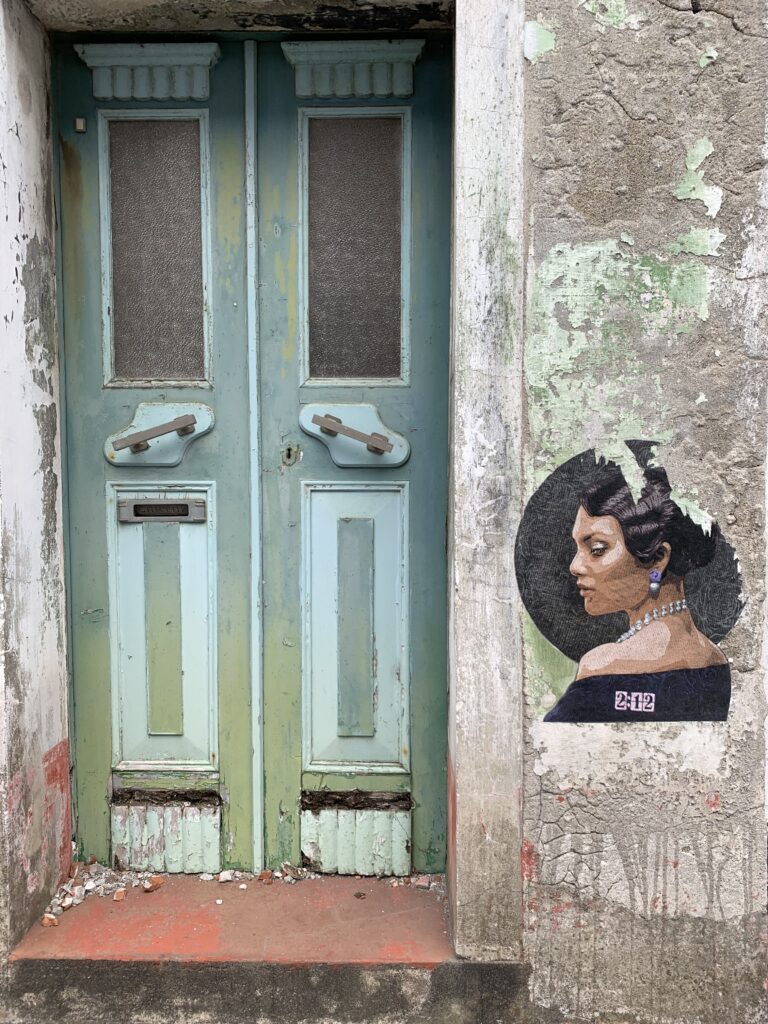 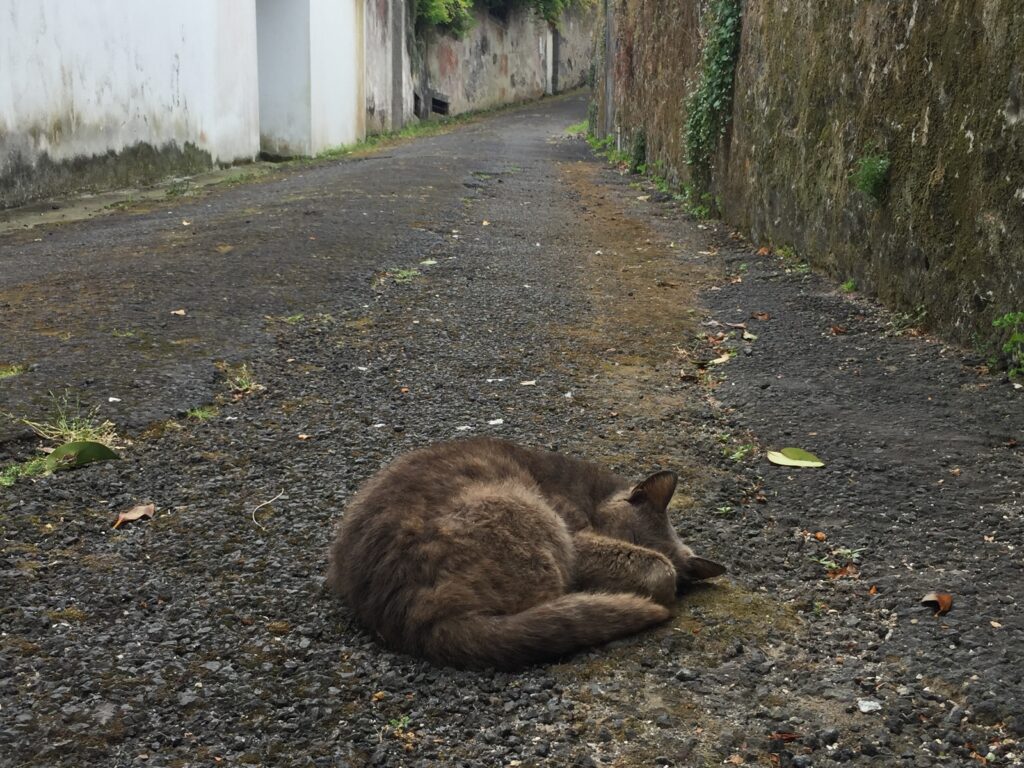 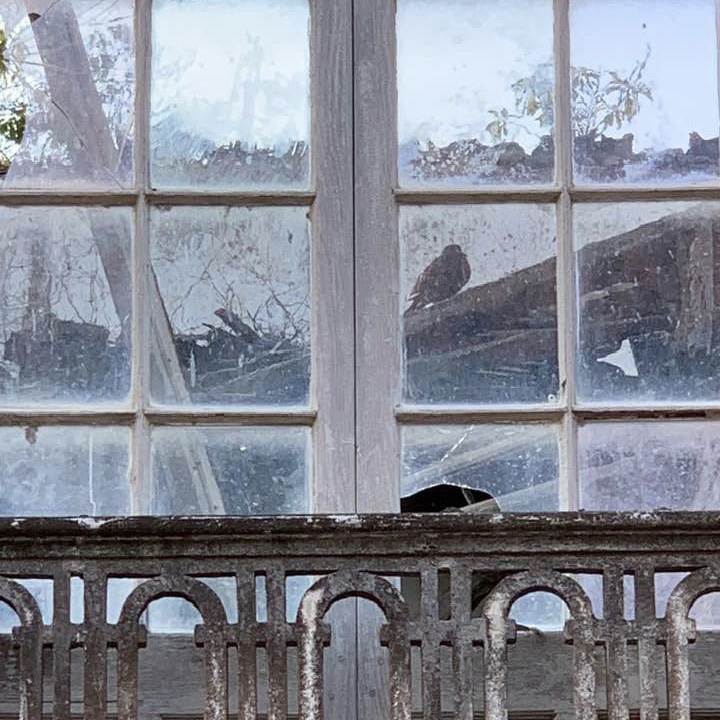