Shearwaters are a group of small to medium sized seabirds belonging to Petrel Family (Procellariidae). They divide in three genera (Puffinus, Calonectris, and Procellaria). 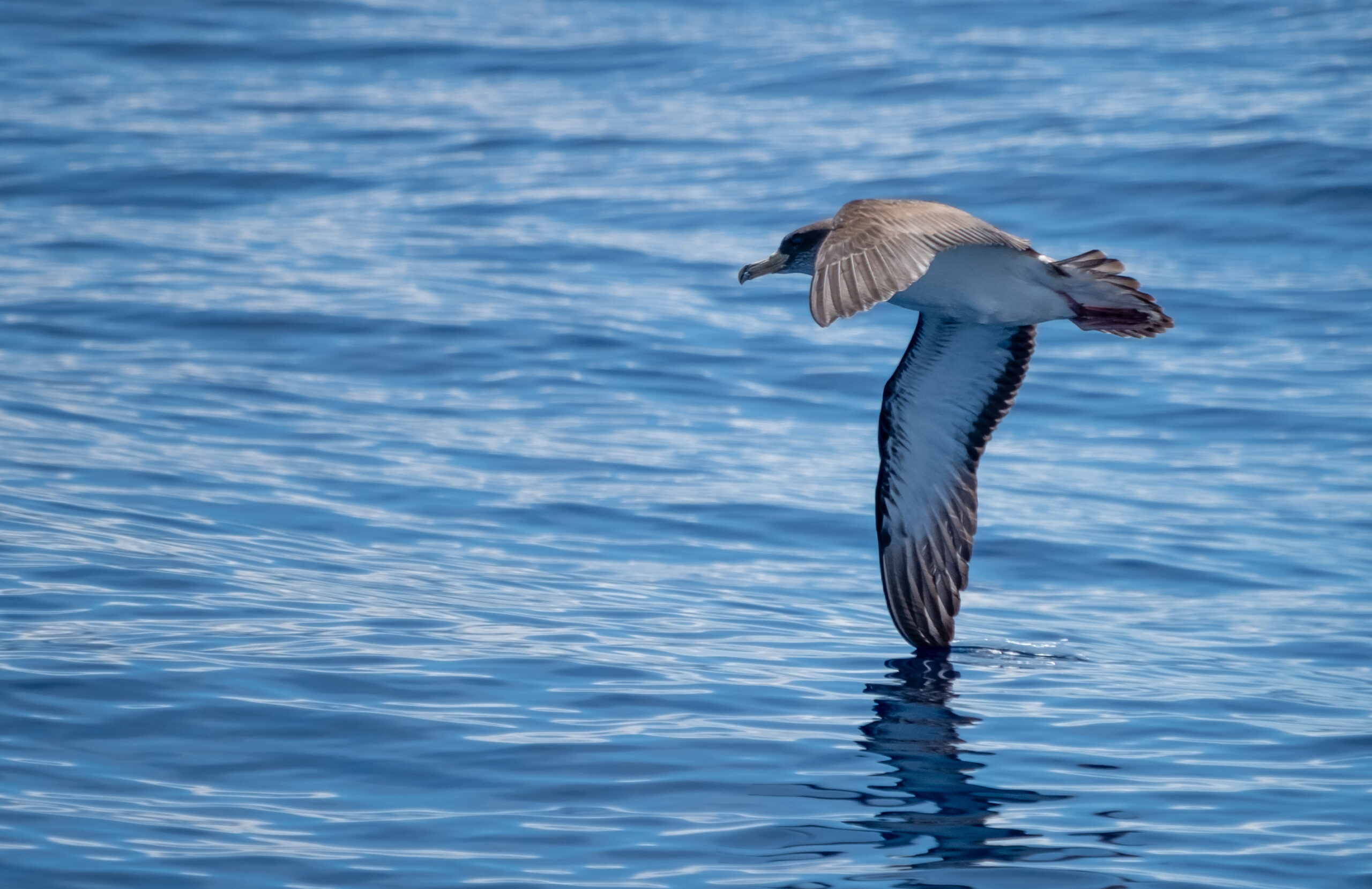 The Cagarro breeds on Madeira, the Azores and the Berlengas Archipelago in Portugal and the Canary Islands in Spain. The Azores host more than 75% of the Cory’s Shearwater entire population.

The Azores host the vast majority of nesting sites for these birds, who come every year in spring to reproduce. They are renowned and recognisable by their funny calls which resemble a baby’s cry or sometimes a person talking gibberish with a high pitch voice

The Shearwaters stay in their nesting ground all spring and summer until their chicks are grown enough to try their first flights. And here’s where the problem arise. These birds use the light of the stars to orientate so they know in which direction the Ocean is. The unexperienced chicks leave the nest to start exploring the world and so they are often distracted and misled by the roadlights and/or car lights ending up in the wrong direction and often crashing to the ground.

The problem is that the Cagarro, being a seabird, does not know how to take off from the ground, it is only able to fly by taking off either from a cliff or over water! So the poor unfortunate bird ends up on the ground, motionless, completely disoriented and frightened, with the result of being attacked by dogs and cats or starving to death.

Every year hundreds of Cagarros become stranded that way and this is why the campaign SOS Cagarro was created by volunteers with the Azorean government sponsorship. Every year from October the 1st to November 15th every island in the Azores starts the campaign by organising night walks to capture and then release in the Ocean as many stranded Cagarros as possible, and by asking the population to do the same by distributing cardboard boxes to use as a temporary cage.

How to rescue a Cagarro (Cory’s Shearwater)

If you find a Cagarro stranded on the ground (quite common during the SOS Cagarro campaign) here’s what you need to do: Gently approach the animal with a blanket (and gloves if possible as they can try to bite because they’re scared), put the blanket over the bird and then gently grab it – it will not move – then put in in the SOS Cagarro box (or another box for that matter) and let the box in a quiet closed place in your house (like a garage, or a storage room) for the night.

Make sure to make little holes in the box (if you are using your own) so the bird can breathe. Leave it there for the night, the bird will most likely stay put without making any noise.

The next morning, just take the box and bring the animal to the nearest SOS Cagarro point, where the volunteers will take care of it and then release it as soon as possible into the Ocean.

This year alone, more than 6.000 Cory’s Shearwaters were rescued and successfully freed thanks to the volunteers working relentlessly and the help from locals and expats.

As the motto of SOS Cagarro recite “Salva um Cagarro, faz um amigo!” (Save a Shearwater, make a friend)